Permit me to add a little bit of color commentary to the bare-bones facts.

I was born in Calcutta (now Kolkata), India, in 1944.  I am married to Susan; we have been married for over 40 years, though she doesn’t seem a day over 39.  We have a commuter marriage: I live in Toronto, Susan lives in London.  We have two children, a son and a daughter.  I have lived and worked in each of the UK, Canada and the USA for a good many years, believing each time that I would not move again.  (I’m not good at anticipating life.)

I am a graduate of Calcutta University (B.Sc. Mathematics, 1963) and Trinity College, Cambridge (BA 1965, MA 1969, Mathematics and Economics).  I qualified as a Fellow of the (English) Institute of Actuaries in 1969; I now have affiliate status.  I no longer pay the annual fees necessary to retain my former affiliations as a Fellow of the Canadian Institute of Actuaries and an Associate of the (American) Society of Actuaries.

I started work with a life assurance company in London, then switched to a Canadian company that sent me to Toronto in 1971 and moved me into its pension department.  I fell in love with Toronto and the investment side of pensions, and they formed the foundations of my career.  Wanting to define my own role more freely, I changed the professional roof over my head several times before discovering kindred spirits at Russell Investments (then the Frank Russell Company), for whom I launched their Canadian operations in 1984.

I became their designated contact with Bill Sharpe for two years when he formed Sharpe-Russell in the second half of the 1980s.  That led to my moving to Tacoma, WA, in 1989, where I became a director of Russell, and Managing Director of Consulting and also of Investment Policy & Research.  Eventually I decided that the traditional managerial role was not fun, and asked to be switched to a more general role of learning and teaching, as recounted by George Russell in his book “Success by Ten.”  This led to my going to London in 1997-2000 to mentor a talented young team, and then, with a New York base, taking on a more global focus, waving the Russell flag around the world in the role of Co-chair, Global Consulting.

Eventually I decided in 2010, after 26 years with Russell, to “graduate” to a part-time career that gave me more freedom for the interests that I was lucky to still have the health, energy and passion to pursue.  I acted for some years as a consultant to Russell and served on the Joint Investment Committee of the Margaret A Cargill Philanthropies, in Minneapolis, MN.  I also served as a member of the advisory boards of the World Pension Summit in the Netherlands and of Avida International in the UK and the Netherlands, and of the Scientific Advisory Board of the investment firm Manifold Partners LLC in San Francisco, CA. I joined the board of Morneau Shepell Asset & Risk Management in Toronto. I wrote an occasional column, The Art of Investing, for the London-based newspaper Financial Times.

Along the way I wrote numerous papers and articles and, as author or co-author, five books (four on pension fund investing and, very happily, a philosophical one on happiness) – details below.

I served on the executive boards of the Canadian Institute of Actuaries (Vice-President for Pensions) and the Employee Benefit Research Institute (Chair of the Research Committee), and on the editorial boards of the Financial Analysts Journal and the Rotman International Journal of Pension Management.  EBRI had cunningly earlier given me a 2004 Lillywhite Award “for extraordinary lifetime contributions to Americans’ economic security,” as had the FAJ in 1985 a Graham and Dodd Scroll Award: how could I refuse to serve?  (Just kidding!  It was an honor and a privilege to serve.)  The Q Group awarded me their Roger Murray Prize in 1983.

I was an appointed delegate to the U.S. National Summit on Retirement Savings in both 2002 and 2006, and an at-large delegate from New York State to the White House Conference on Aging in 2006.

After much search, I tend to find what makes me happy: Susan and our family; dear friends who have become virtual extended family; research and writing.  Today I still focus on learning and teaching: learning about personal financial planning, investing, and the economic and subjective aspects of happiness; teaching people to understand concepts by expressing them in plain language, and by simplifying concepts without losing their essential elements – two approaches the world doesn’t have enough of.

And now I’m looking at the land of life after full-time work (previously known as retirement), and that’s what this website is all about.

Before I started this website I had written five books (which on reflection surprises me – where did I find the time?): 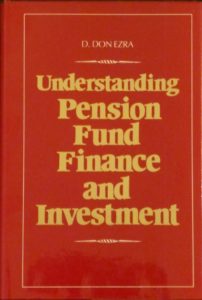 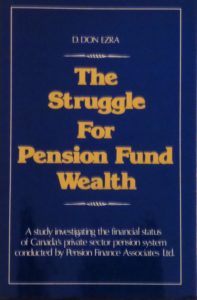 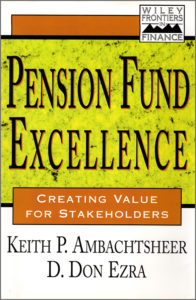 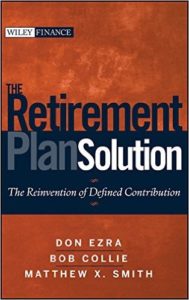 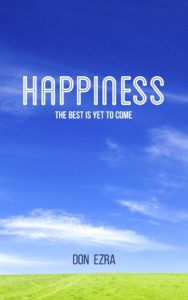 Happiness: the Best is Yet to Come (2014; CreateSpace)

My first book was, I believe, the first attempt to explain the financial background to defined benefit (DB) pension plans.  The second was also, I believe, a first, explaining that actuarial calculations are merely estimates, for some specific purpose, of how the future might turn out, and that therefore they can produce different verdicts on the solvency of DB plans.  This has become a topic of relevance particularly to public sector plans, but at the time the mere idea was new enough to be the basis for the awards from the Q Group and the Financial Analysts Journal.  The third is still (to my astonishment) occasionally cited at professional pension conferences around the world; it explained the fundamental concepts underlying good governance of DB plans.  And the fourth laid out global best practices for the rapidly growing defined contribution (DC) approach to pension plans.

But frankly, those four books are now, for me, in the past.  Since I graduated from full-time work, my focus has also graduated, away from the institutional side and towards individuals and our issues and successes.  And so the time I spent researching happiness and writing a philosophical book on three of its dimensions (how it relates to age, to social structures and to money) was enormously gratifying, and has in turn made me much happier.  None of the research cited in the happiness book was mine; my contribution was just to assemble existing literature into those three dimensions, which again appears to be a fresh approach.